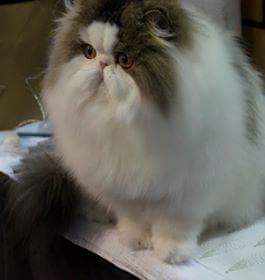 Sky is my first breeding female Persian and marks the start of a long awaited passion to show and breed Persians. Sky has had a wonderful show career and Jane and I were happy to collect her Tica Regional Winner award in 2015. Thank you Jane for this lovely girl who is affectionally know as ‘BOC’…..long story!